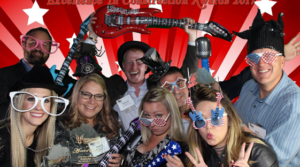 RK sponsored the photo booth at the rock-n-roll themed event, where our crew partied like rock stars.

October 26, 2017 – The ABC Colorado Excellence in Construction annual awards event, recognizing outstanding construction projects in the Rocky Mountain region, was held on Friday, October 21 at Infinity Park Event Center in Denver, Colorado. RK submitted three projects that highlighted our work in 2017, and we are proud to announce that all three projects won awards!

Congratulations to all of the RK employees that worked on these award-winning projects!