May 12, 2015 — Mandy Connell, on-air AM radio personality for 630 KHOW Talk Radio, interviewed Jon Kinning, Michelle Brown and Nate Trail about RK’s Apprenticeship Program as an excellent career path for young people who are not college-bound. Mandy stated this on her blog: “…the reality is, not every kid is headed for college. And […]

May 8th, 2015 – RK is pleased to announce that on May 1st, the Denver Business Journal ranked RK Mechanical as Colorado’s Top Mechanical Contractor in 2015. Mechanical contractors were ranked primarily by revenue. RK Mechanical is about twice the size of our nearest competitor. We were the clear winner by far! Over the years, RK Mechanical has successfully grown into becoming […]

May 6th, 2015 – RK is proud to announce that it passed an audit by the American Society of Mechanical Engineers (ASME) and successfully earned Div. 2 Certification. RK had already earned ASME Div. 1 Certification. RK is now one of only two companies in Colorado to hold both ASME Div. 1 and Div. 2 […] 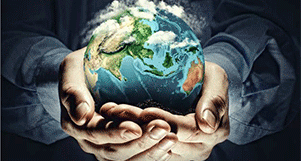 January, 2015 – ColoradoBiz Magazine released their list of Colorado’s Top 50 Family Owned Companies. The list ranks companies by number of employees. RK ranked number two out of fifty. RK was founded by Ron Kinning over half a century ago. Today, the company is operated by his sons, Rick Kinning, Chairman and CEO, and Jon Kinning, […]

The competition was fierce, but RK Mechanical and its employees went toe-to-toe with Colorado’s best and most resourceful companies and withstood the test as one of the state’s healthiest places to work. In addition to being hailed as one of the best Specialty Contractors to work for, one…