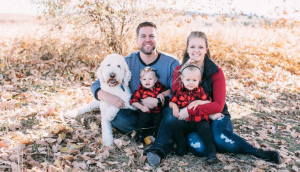 1997-2001 – College: Jason graduated from Pomona High School in Arvada, Colorado. He received a Scholarship for Swimming at the University at Buffalo in New York and started his freshman year as a Mechanical Engineering student. “Growing up I remember being fascinated with how any mechanical device worked and also enjoyed fixing things around the house or at the pool.  With that, along with my interest in mathematics, Mechanical Engineering seemed like the best fit for me when I entered college.  As I realized the different career opportunities that could be possible with this major, I didn’t find a better fit for me and am glad I made that decision still today.”

2000 – Internship: A friend of Jason’s family worked at RK Mechanical (RK’s largest business unit) and recommended him for the summer RK Internship Program. He was an RK Project Engineer Intern and assisted in building the Jefferson County Jail in Golden, Colorado.

2001 – New Graduate Hire: After graduating from the University at Buffalo with a Degree in Mechanical Engineering and a Minor in Mathematics, Jason accepted a position at RK Mechanical as a Project Engineer.

2004 – Promotion to Assistant Project Manager: Jason was promoted to Assistant Project Manager within RK Mechanical. “In the middle of the Ellie Caulkins Opera House renovation project, I was promoted to an APM.  One of the great thing I love about RK is that it’s a merit-based company.  Throughout my growth and experiences here, I was given promotions after I was already performing the tasks for that position. It feels good to know that I earned it and wasn’t just given the job because of a certain amount of time worked in the previous position.”

2005 – Promotion to Project Manager: Dick’s Sporting Goods Park was Jason’s first project following his promotion to Project Manager within RK Mechanical. This was one of his favorite projects as there was “great team chemistry within RK and with the General Contractor.  Going back to Colorado Rapids games or concerts there and realizing I was a part of this construction is a great feeling.”

2010 – Back to the Front Range as Senior Project Manager:  In 2010, Jason returned from the mountains and worked on projects in Colorado Springs, Greely, Snowmass, and Denver, Colorado as well as San Antonio, Texas.

2014 – Promotion to Operations Manager: While working on the VA project in Aurora, Jason was promoted to Operations Manager within RK Mechanical and began to oversee RK’s Denver projects. He attributes this promotion to his interest in learning more, and not just about operations at RK, but about all of RK’s business units and how they can work together. Jason’s advice is to “always ask for more work if you have the capacity” and appreciate the work outside of your department as it will be helpful to gain an overall view of every business unit and how they can combine forces to perform complex projects.

2015 – Jason’s Family Grows: In 2015, Jason married his wife Brynja in a beautiful ceremony at Hudson Gardens in Littleton, CO. Jason became a dad when his first daughter Chase Avery was born.  In 2016, Blake Addison, their second daughter, was born. “It took me a while to find the right person to spend my life with, but family has always been the most important thing I value.  I can’t imagine life without them!”

2018 – Move to RK Steel: Due to Jason’s success as an Operations Manager within RK Mechanical, he accepted the position of Operations Manager for the RK Steel business unit in 2018. “Another great thing I’ve always liked about RK is the comradery and teamwork we share within all the different departments and business units.  We work as a team in the office or jobsite and we continue that philosophy outside work. Whether it’s going to sporting events, team golf outings, happy hours, or getting 60 plus people together to play beer-in-hand kickball, I’ve truly enjoyed the atmosphere here at RK and have made lifelong friendships.” 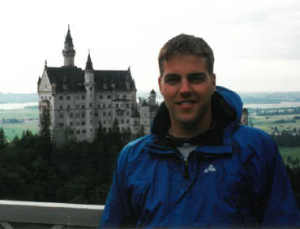 Jason becomes an intern while in college 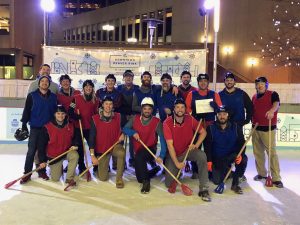 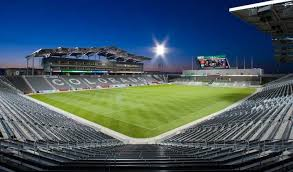 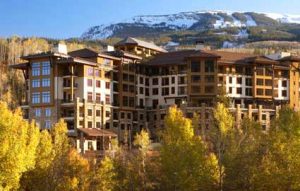 He heads to the Colorado mountains to work on projects in Steamboat and Snowmass, including the Viceroy Hotel 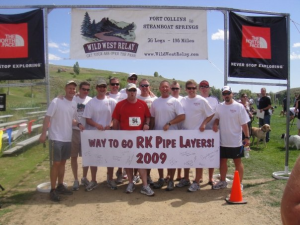 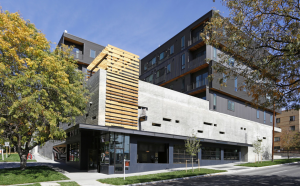 Jason moves over to RK Steel 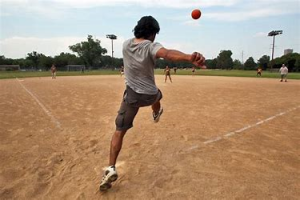